“Synthetic biology poses a conundrum because of its double-edged ability to both wreak biological havoc and perhaps wean civilization from dirty 20th-century technologies and petroleum-based fuels.”

This increase in coverage is tracked in the Synthetic Biology Project’s new report, Trends in American & European Press Coverage of Synthetic Biology, a landmark assessment of the emerging technology in the news over the past several years.

The combined survey rests on the findings of individual U.S. and European press coverage analyses, and examines aspects of synthetic biology that may be cause for either potential public acceptance or rejection of the technology. The report concludes with an agenda for future social science research that can inform our understanding of how public perceptions of synthetic biology develop. 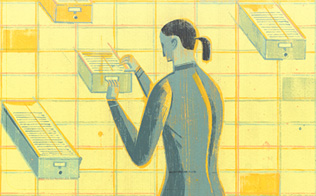